Posted by FastMatt at 6:36 PM No comments: 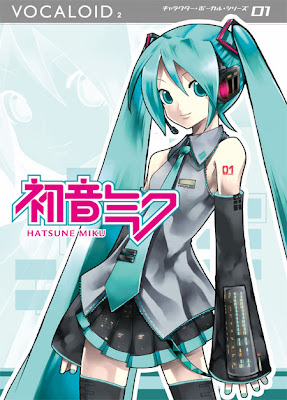 March 9 is coming up, that means only 1 thing, Hatsune Miku madness is approaching! For those that are unaware, Hatsune Miku is the name of the first (and presently the most popular and successful) vocaloid program created by Crypton Media. A vocaloid program is essentially a text-to-speech converter with a twist. The twist being that the software is a fullly fledged "singer" or "diva" packaged into your very own virtual music studio. This has given both everyday people and professional song-writers without singing abilities or people that are too shy to use their own voice an extremely powerful tool to convert lyrics to song. The voice of the software is thus the voice of Hatsune Miku, the model program that several other vocaloid programs and copycats have been trying to emulate. Cypton has released several other vocaloid programs including a male vocaloid. However, none have matched the success of Hatsune Miku.
March 9 cooresponds to 3/9 or in Japanese the numbers san (3) and kyu (9), 3 can also be respresented by mi in some cases instead of san. Combine the two and you get mikyu or miku. Last year on March 9 there was a massive Hatsune Miku concert called something like Hatsune Miku's Thank you concert. It was the 1st ever Miku concert and possibly the first concert performed by a virtual singer. 3 and 9 or sankyu, is also Engrish for thank you which explains that bit.

This March 9 there will be another giant concert, live in Tokyo, and the preparations are being set right now. Tons of exclusive Miku goods are being produced and tickets are being sold for around 5400 yen by a lottery system. There will likely be a DVD/Bluray produced from the event released later in the year for those that couldn't make it as well. There is a video showing some footage from last year's concert below:
I'm a pretty big Miku fan so I'm looking forward to seeing footage and more details from the upcoming concert. Miku popularity has steadily grown with many Miku styles and designs (outfits and figures) being released for special events and seasons. This year so far a snow miku is being released to celebrate the Sapporo snow festival that occurs every year in Hokkaido. 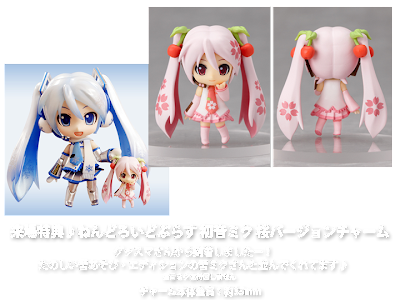 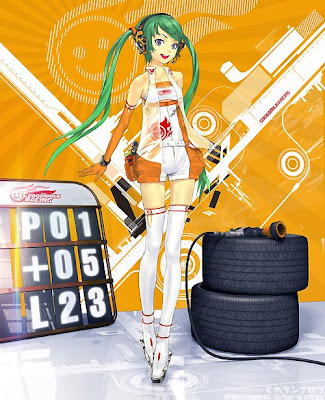 A miniature spring-themed sakura Miku is being provided as a gift to those that attend this years 3/9 concert as well. Other special editions include Racing Miku to support Good Smile Company's SupertGT sponsorship of a BMW Z4 and Porsche RSR 997.
Will vocaloids take the world by storm? Not in the same way that they are in Japan. In reality, while vocaloids are growing in popularity in Japan, they're still a fairly niche topic / commodity. I can foresee a "western vocaloid" English program being released by a company in America but without the image of a vocaloid mascot or character like Miku. That's where much of the difference between Japan and the western world lies--the Japanese love mascots and they love cute stuff. Whether vocaloids become something big, only time will tell. 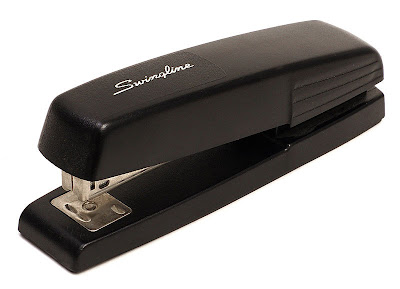 Today at work one of my Japanese coworkers printed out some documents and attempted to staple them together. However, on this day the stapler happened to be empty. My coworker then goes off on some Japanese soliloquy of frustration which feels like an hourly event. Regardless, during the span I repeatedly hear her say the word 'Hotchkiss' ('Hottchikisu' if you want to throw in some accent) and I wonder what in the world is she talking about?

So I interject with this question and I'm told that Hotchkiss means stapler in Japanese (in Korean too apparently). All I can manage to respond with is, "huh???" I've thus far heard lots of different ridiculous 'English' words in Japanese with equally ridiculous meanings (Viking meaning buffet is one example) but today I chose to battle with the Japanese etymology of their term for the stapler.

A reasonable person might question the strange name and figure that perhaps the origin comes from the original inventor of the stapler thus resolving any need to discuss the matter further. This notion momentarily crossed my mind, however, it's a stapler, give me a break, it binds things together at single points, why would anyone want to name something like that after themselves? And why would anyone agree to call something like that after it's creator? That's like someone digging a hole in the ground, filling it with water, and telling everyone that it's called a Johnson--"Hey everybody want to go swimming in my Johnson this afternoon?" No, it's a hole filled with water, otherwise known as a pool of water, or what we commonly refer to as simply a pool. Likewise, a stapler simply staples objects together and is most definitely not a Hotchkiss. 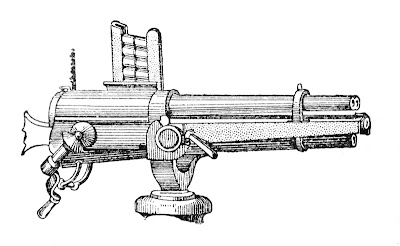 So I go and check wikipedia for information regarding the matter. My thoughts are confirmed when I find out that while someone named Hotchkiss did infact exist, he had nothing at all to do with the 'invention' of the stapler. It's apparently commonly believed that someone named Hotchkiss invented the stapler and thereby imbued their named to the stapler. However, this is in fact a complete myth. Hotchkiss evidently comes from a man with the same name who invented a 'revolving cannon' or what seems to be like a 'gatling cannon' whose name was later imparted on the Hotchkiss M1914 machine gun. What does this have to do with anything? Nothing that can be explained by me, maybe the Japanese think the revolving cannon looks like a stapler? Maybe the Japanese think the way staples are fed into a stapler looks like the way the Hotchkiss machine gun is fed bullets? 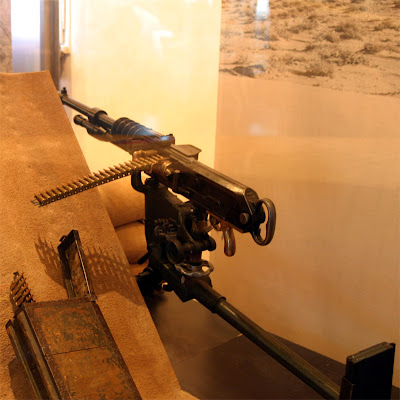 Whatever the case, calling a stapler a Hotchkiss seems pretty ridiculous now. Thankfully， I'm told that Japanese people are starting to use the term stapler, or sutepura, more frequently now.
Posted by FastMatt at 7:02 PM No comments: