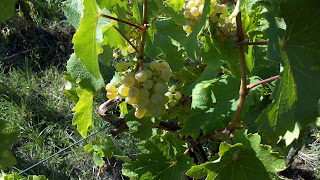 The other weekend I managed to get invited to attend a wine festival in Germany.  However, it wasn't just any run-of-the-mill wine festival, it was the Wurstmarkt in Bad Dürkheim--the largest wine festival in the world, otherwise known as the "Oktoberfest" for wine.  Wikipedia mentions that the festival started in 1417 and boasts over 600,000 attendees. 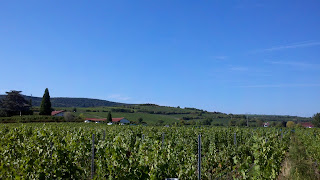 I don't really know anything about wine festivals or German festivals in general so I didn't know what to expect other than the fact that there would presumably be a lot of wine and wine consumption. 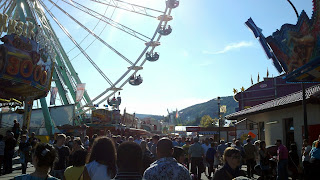 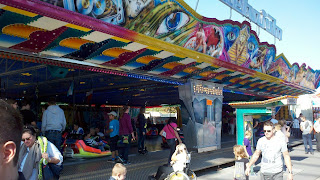 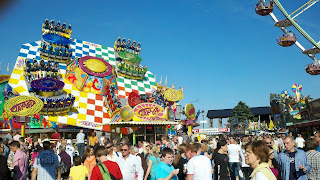 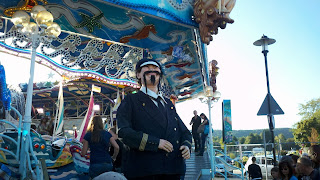 What I wasn't expecting was a full-on carnival, with a plethora of spinning, flying, swinging rides which didn't seem like the best of ideas at an event dedicated to a specific alcoholic beverage.  However, it somehow seemed to work out OK for the Germans with the demographic that was present. 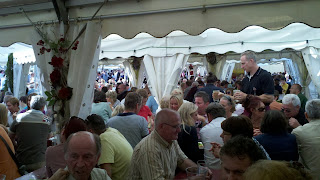 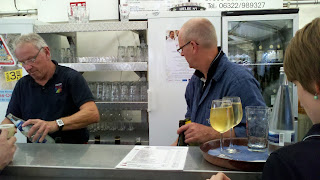 Interestingly enough, the Wurstmarkt seemed to be a family affair with people of all ages present.  Families with young children could be found eating fair food, playing games, and going on rides.  While the wine tents were jam-packed with various grandmas and grandpas of all shapes and sizes.  It just seemed like a unique event due to this fact--old people sipping or perhaps guzzling wine adjacent to loud raucous amusement park-like rides blaring loud music and sounds.  It was almost surreal. 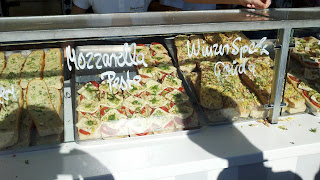 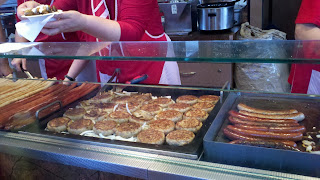 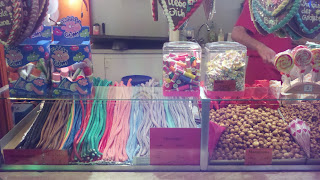 With an event called the Wurstmarkt you can imagine that wurst would somehow play a role, and it did.  Fair food was in an abundance, with everything from what can be seen in the photos above (french bread "pizzas", frikadelles, various cylindrical meats) along with German flatbreads, 1 meter long wursts, and a various assortment of diabetes-inducing sweets and candies. 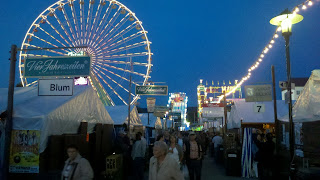 I'm not much of a drinker but I imbibed a small bit and can say from 4 sampled wines that there is some pretty good stuff to be found in Germany.  This wasn't always the case, but that's a history lesson that should be saved for another time.

The Wurstmarkt was a unique experience which has my approval.  The Oktoberfest is currently going on in Munich and while I don't think I'll be attending, I can imagine the event would be very similar to the Wurstmarkt but on a much grander scale.
Posted by FastMatt at 2:58 PM No comments:

Good to be back


I'm finally back, having moved into my new apartment with internet finally installed and it feels pretty nice.  The new place is pretty big and has a good feel to it.  It's not perfect, but it's problems should be sorted out soon hopefully. 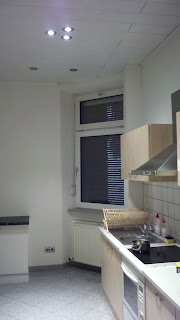 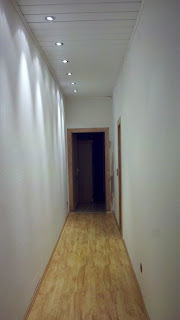 One of the downsides to the new place, however, is something I forgot to check before deciding to sign the lease.  I don't know if it would've been a deal breaker but I wasn't too thrilled when I found out that my new place has one of the toilets that I dread so much--the horrible "ledged" toilet design I talked about in a prior entry.  I guess it's time to do my business outside of the drink now.  Having spent a whole week "evaluating" this horrid toilet I discovered a "secret" method which helps alleviate some of the problems associated with owning & operating this toilet design.  The secret is to do a little prep-work, by first laying a sheet of your favorite brand of tp down essentially where you expect to do your business--or where the chocolate is resting in the picture below.  This serves to provide a barrier which helps allow the goodies to easily slide forward and bid farewell down the pipes while minimizing mess and cleanup.  It's not a lovely topic but it's a pragmatic solution to a necessary problem. 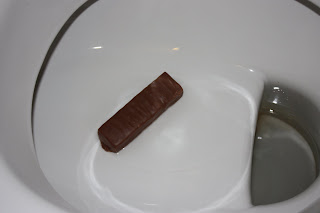 In the previous toilet post I mentioned that I've commonly seen 3-ply toilet paper here which strays from the norm of 2-ply used in America.  Well guess what I'm using now?  Have a look: 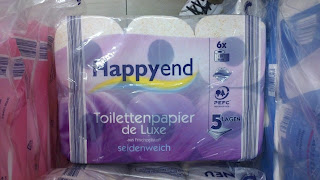 Your eyes are not deceiving you, that is in fact 5-ply "luxury" toilet paper.  You can pretty much get away with using single sheets if you're careful.  I only wonder where I can find 6-ply rolls at this point. 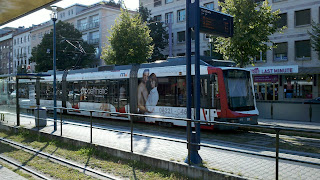 Other things of note include mentioning that while I was in South Korea a couple months ago I noticed the pervasive presence of plastic / cosmetic surgery clinics and advertising.  It seems Germany is not far from Korea with this regard either, although not to the same degree--cosmetic surgery seems to have a strong presence here as well.  However, I'm not sure what the numbers are with regard to the Germans and the ratio of those that have been modified or desire to undergo cosmetic modification.

Also I found a (dead) hedgehog on the way to work.  It didn't occur to me that this was their native environment.  I will be on the lookout from now on. 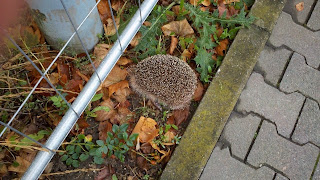 Posted by FastMatt at 3:02 PM No comments: