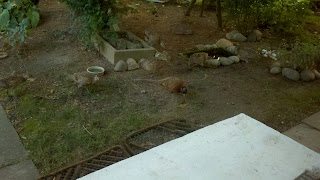 Was invited to a family's home the last weekend for dinner which was enjoyable.  They owned a nice property with a yard that extended to a small river in their backyard.  Their yard was full of birds and animals--families of pheasants would come up to the windows and beg for food.  They had a flock of chickens and a rooster penned up as well--which was of note, because when we went to eat dinner, which included a meat stew--I assumed the meat was chicken as stews in the US are usually either chicken or beef and this stew had what looked like chicken legs in the dish.  You can imagine my confusion when after having a bite, there was a large amount of "crunch crunch" and finding the meat full of small bones which looked like nothing I've ever seen in a chicken.  To my relief I later found out after the meal that the meat wasn't chicken but was actually rabbit.  Well, now I can sleep easy knowing that I won't find tiny vertebrae and shoulders the next time I eat at KFC.

The area also seems to be infested with giant water-dwelling "rats" or specifically Nutria.  These 22 lb rodents don't seem to fear humans as they will walk right up to you and brandish their nasty yellow buck teeth and size you up with their beady eyes, perhaps to see if you'll be a tasty treat or likely their just begging for handouts.  I believe they were once farmed for their fur pelts but I from what I understand they are protected now (?). 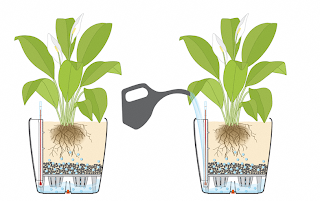 One other topic I've been wanting to mention is that here in Germany, there is a rather ingenious type of plant "pot" that can be bought from a company called, Lechuza (Spanish for owl).  What makes these planters great is that they are engineered with built-in water reservoirs and water-level gauges so that you will never have to wonder whether the plants in your need watering or not.  You can just take a look at the gauge, if it's low, top off the tank and you'll be set for a week or two.  This really allows plant ownership to be an extremely low maintenance concept and there's less likelihood of killing the plant by forgetting to water it.  Plus, the planters look great too!  I'm not really one to keep plants due to the aforementioned issues, but I think I could handle having one if I owned a Lechuza planter.  Lechuza should send me a planter for writing this glowing review *hint hint*. 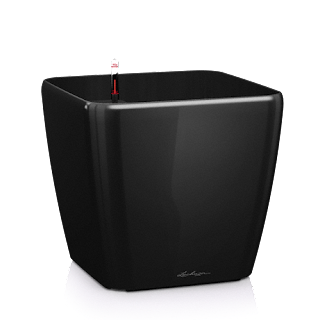