A day full of grief

Woke up way early for a drift event in Bremerton, everything was going well, I was in the first run group and got 2 really poor runs in before an instructor hopped in and taught me how to clutch-kick it. Clutch-kicking really does help with initiating drifts especially in my low-powered 318.

Next run I let the instructor take my car for a spin and while he wasn't perfect, he did seem to show me that the car has some drifting potential. I was all excited to get back into my car and start practicing when a horde of people starting running over to my car saying oil was pouring out from the bottom (my heart sank when I heard this since this wasn't the first time something like this happened to me during a "racing" / motorsports event). I quickly pop the hood and a white mist is pouring from the rear of the engine, fluid is dripping onto the ground and liquid spray is coating most of the rear engine bay--turns out it thankfully wasn't oil but coolant. 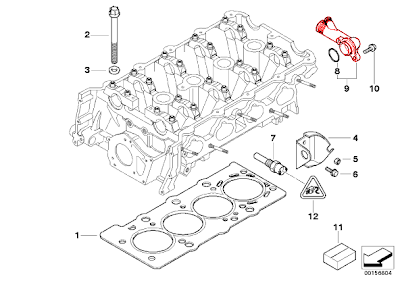 After being relieved that it was only coolant, my anxiety grew once I realized that I knew what was likely causing the problem; a black Y-shaped plastic coolant fitting that bolts to the rear of the engine head between the firewall. The piece was invisible to see and I couldn't feel it either since the area was intensely cramped and covered in engine bits. Post probable diagnosis I began to worry about how I was going to get home. I called up my insurance company's roadside assistance and told them where I was and that I needed a tow back home, 70 miles away. I was shockingly told that roadside assistance covered a maximum distance of 15 miles and that I would have to cover the rest of the overage charges accrued. I questioned how much these "overage charges" would cost and figured I might as well foot the bill if around $100 or so. Unfortunately the real figure was no where near this prediction as I was quoted for a sum of over $3-400!! I died a little inside when I heard this amount, I definitely could not afford an expense of that magnitude at this time. I told the operator that I would think about my options and call him back if I wanted to arrange for the towing service.

I thought for a while and determined I had no choice but to try to limp the car back home on my own, which is an extremely dangerous idea (the engine temp guages by BMW are known to be poorly accurate since they use averages to draw the needle in the center of the display--meaning that by the time the needle is past center damage has likely been done). From the suggestions of others, I filled up a few water bottles with water and poured them into the radiator and went off to get to the Ferry back to Seattle which was around 5-10 miles away. I made 4 stops to flush the radiator of boiling liquid (steam) before getting to the Ferry. Coincidently, the 4:00pm ferry was full so I had to wait 1.5hrs for the next one. I eventually arrived in Seattle and dangerously made only 1 stop (the needle was touching red) before finally getting home.

In summary, today was terrible but hopefully I can replace the broken cooling bits with minimal expenditure and look forward to the future...
Posted by FastMatt at 7:33 PM