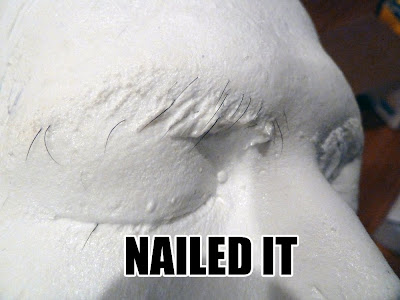 Today I got some help with life-casting, basically trying to create a casting of my head--The reasons for which will slowly be released over time. Basically the day's agenda was to create a copy of my head to ship off to my BFF in Brooklyn where the next phase will commence. 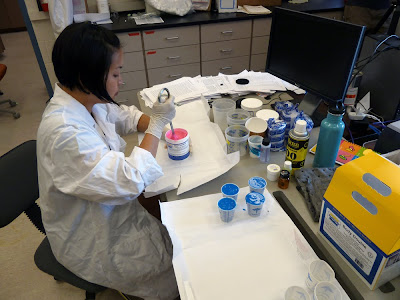 Wasn't sure what to expect having never done anything like it before so I was pretty excited. Thankfully I'm not really claustrophobic, otherwise this project would be impossible. The first steps involved prepping my head for creating the mold. This involved donning a bald cap followed by coating my entire head / neck with this thick greasy Vaseline-like substance which acted as a mold-release cream.

Popped in some ear plugs and the coating began starting from the back and working forwards to minimize the amount of sensory deprivation time. What is sensory deprivation? I'll tell you, it's horrible. Thankfully after the rubber mold and plaster shell were placed, I could still hear 'some things' while being blind, mute, and slightly immobile. If I couldn't hear anything I'd probably have gone crazy. Sensory deprivation is an actual form of "humane" torture--when the senses are deprived your mind and body create their own in the form of hallucinations, vertigo, etc. It's quite bad. I held out ok although I kinda freaked out a little while the plaster shell was being laid down--I felt a tiny bit of resistance to my breathing and with me being slightly sense deprived I felt like I was going to suffocate and die. It's not the most fun feeling, maybe music would help next time, or more talking / communication. Silence is the mind's enemy. 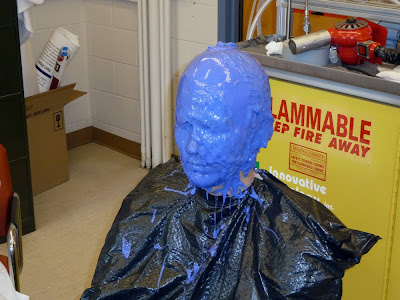 After everything was completed, the plaster shell was separated and a seam was cut along the back of the neck to pull the mold. Everything released quite well except for some sideburn hairs, an eyebrow, and an eyelash. The mold came out a little on the thin side but its good enough for a first go at life-casting. I mention that the mold was a little thin because after rotocasting, a quite large dent was imprinted into my plastic replica head due to the rubber mold not having enough strength to hold its form. All in all it was a fun learning experience and only the start of something bigger. 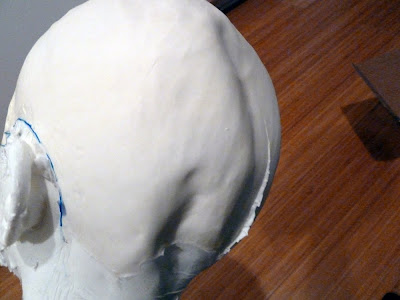 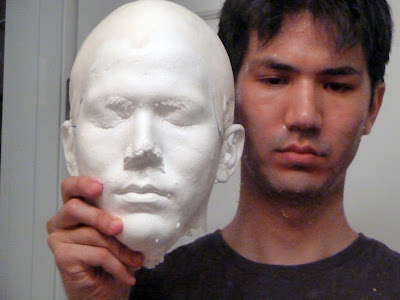