Given that my time left in Germany is short and coming to a close, I spent a good part of an afternoon in Heidelberg, which is a much nicer part of Germany, made evident by all the obvious tourists completely filling the streets.  Getting to Heidelberg took an easy 40 minutes or so by local train and is a nice escape destination from the neighboring Mannheim / Ludwigshafen twin-cities.  Heidelberg boasts a very picturesque cityscape centered in the hills and is one of Germany's many recommended and romanticized cities. 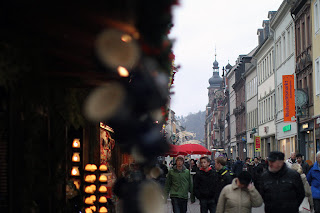 As I alluded to earlier, when I arrived it was strange because it seemed like almost everyone was speaking in English--American English.  This was pretty radical and never happened in Mannheim or Ludwigshafen, primarily due to the fact that these two cities don't really have anything to offer to (English-speaking) tourists.  In Heidelberg I saw all the stereotypical hand-crafted German wares being peddled such as insanely expensive wooden cuckoo clocks, intricate beer steins, crystal figurines, train sets with tiny model houses, various wooden toys, nutcrackers, and more--I haven't yet seen any of these things in Mannheim. 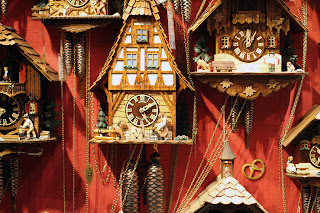 Another thing I noticed was that Heidelberg has a massive Japanese / Asian tourist presence.  I first began to notice this when I saw "warnings" in shops which were also translated in Japanese.  Then I became award of the hoards of Japanese people travelling in clusters and packs while getting their shop on. There was even a Japanese "duty-free" souvenir shop called Unicorn, staffed with real-life Japanese people! 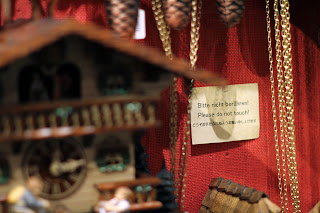 Coinciding with my visit was the Weihnachtsmarkt or "Christmas market" which is essentially another excuse for the Germans to throw together another type of festival or street market--a seemingly everyday occurrence.  The Weihnachtsmarkts exist in every German city in some capacity with multiple markets present wherever space allows.  Within the market, various seasonal foods, drinks, goods, and more are vended for the better part of over a month, from now until December 23rd. 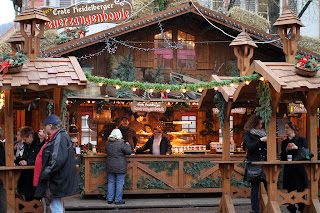 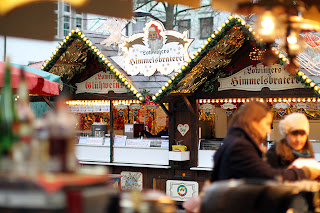 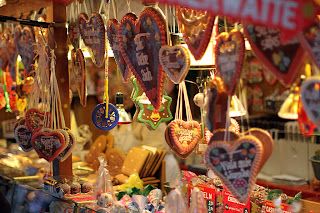 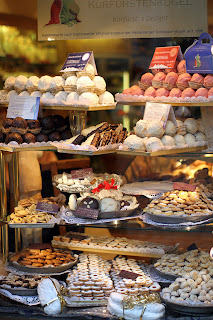 One of the most talked about topics related to the Weihnachtsmarkt is Gluehwein which is a seasonal German beverage, essentially "spiced red wine" which is served hot.  I didn't try any in Heidelberg, however, a cup of some "special recipe" was offered to me while I was having my hair cut in Mannheim.  I must admit it was quite good and easily palatable--I acquired the "Asian glow" during my hair cut that day (sad).  Other seasonal foods include roasted chestnuts, Stollen (fruitcake things), and gingerbread everythings. 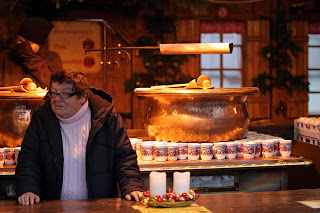 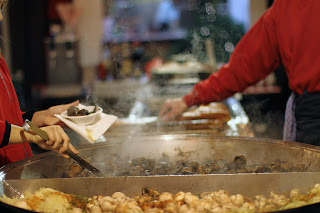 The brief trip to Heidelberg was pretty good although it was quite rainy, which put a damper on my visit.  It's nice that this city is in close proximity to dirty Mannheim, although it would seem that this notion has become largely inconsequential to my future at this point...
Posted by FastMatt at 3:59 PM