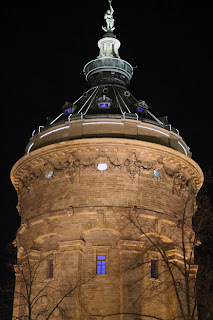 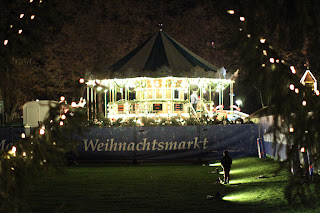 Last weekend after spending some time checking out the markets of Heidelberg, I concluded my Weihnachtsmarkt tour with none other than Mannheim's sizable centrally-located version.  Much of the same types of things could be found in this market, however, one key difference to the experience was the fact that it was night--dark and very cold.  I've managed to use my nose as a barometer of all that is cold and that particular night was so cold I couldn't even feel my face.  My nose told no lie as the following day the view outside my apartment window was filled with a snowy white wonderland. 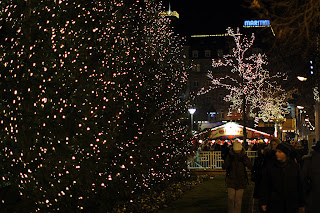 The Mannheim Weihnachtsmarkt had a pretty nice atmosphere--a frosty night well lit up with sparkly yellow dots of light surrounding the smells of wine and sausage and vibrantly colored trinkets and crafts.  I mentioned in the last post that I tasted my first cup of fine Gluehwein while getting my haircut.  Being that my first Gluehwein experience was so good I incorrectly assumed that all Gluehwein would be equally amazing--this was a disappointing assumption.  The Gluehwein that is sold in market stalls is just... bad.  I think one of key differences is probably the quality of the wine used as the drink's base.  Market stall Gluehwein uses really cheap red wine as the stock fluid and it really showed, tasting like nothing more than cheap hot red wine. 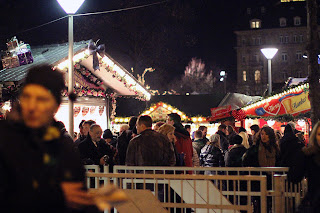 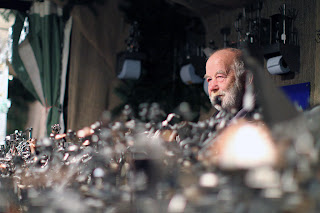 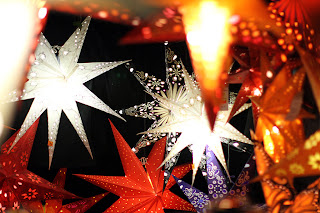 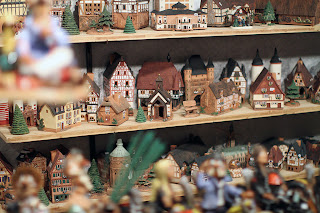 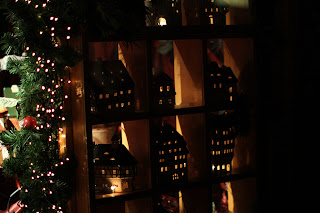 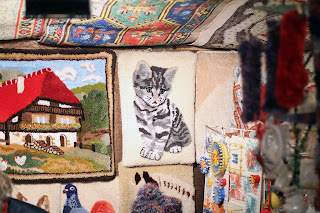 The market was loaded will all sorts of foodstuffs, including: handmade chocolates, french fries, smelly cheese, and more.  There was also a presumably Turkish guy selling tea and expensive stuffed dates which cost about 3 euros a pop.  As tempting as they were, the price was a bit too much.  The smelly cheese I mentioned was pretty interesting in that giant blocks of solid cheese were placed directly under an extremely hot lamp causing the surface of the cheese blocks to boil and bubble forth foul cheese smells.  The molten surface would then be scraped off and spread onto some kind of bread and served.  I don't remember what this cheese / technique was called but it looked nice. 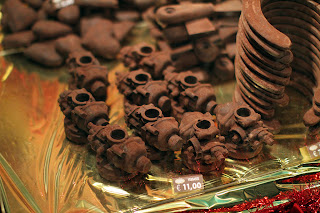 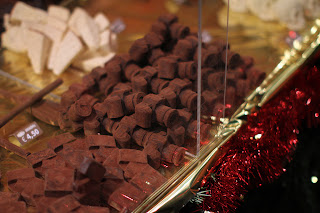 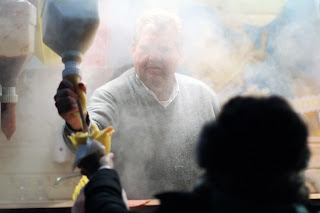 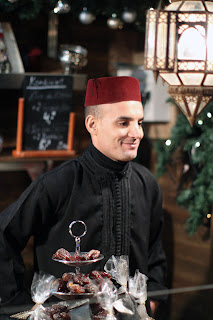 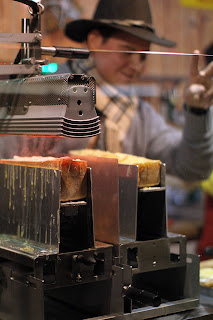 There was also a lot of fun activities for young kids with pony rides, train rides, Ferris wheels, carousels, and more.  This balanced aspect of German festivals was quite nice with there being "something for everyone."  All in all it was a pretty good experience.  My recommendation: A++ would attend again. 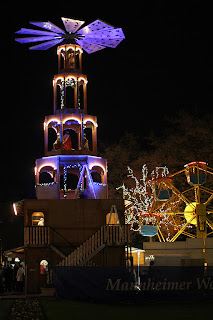 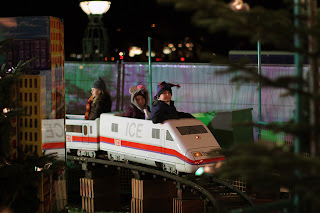 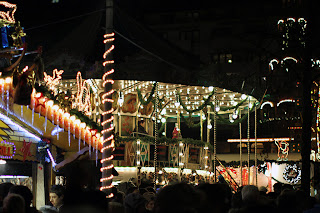