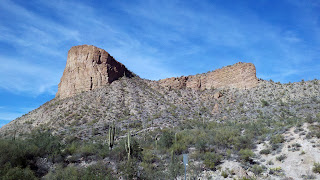 I've been going through a bit of a life transition currently as I'm finally back in the States, Arizona to be specific.  A little relaxation and calm is on the agenda till the end of the year.  Following my brief holiday in Arizona I'll be moving (driving!) back to Seattle to continue working there.  Last time I drove from Arizona to Seattle was during the middle of Summer (with no A/C), a solid 24 hours of driving split between two days--it was an interesting experience of which I don't hold too many fond memories but perhaps the second stint will be more bearable (?).  Key differences will be that this time I'll be driving in the middle of winter.  I recall a good deal of winding roads through mountain passes in northern California approaching Oregon.  Hopefully these passes won't be impassable due to inclemental weather.  I'll probably be making the attempt regardless though. 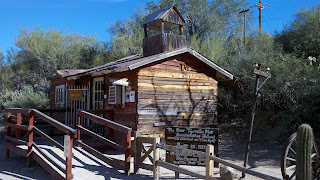 Some family came to visit recently and we took a nice drive outside of the Scottsdale / Phoenix area toward a few lakes nearby.  We made a few stops at Tortilla flats which was a small western "faux-town" with a few shops selling trinkets, and at a small "gold mining" settlement which was essentially a light western-themed tourist attraction revolving around gold-mining life and culture of the old-west.  It was an interesting adventure. 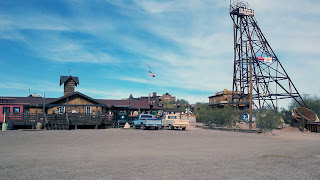 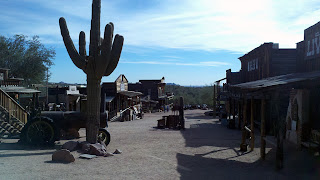