Gettin' My Nerd On 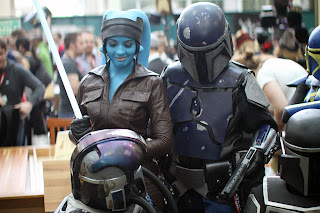 This weekend a friend invited me to attend Emerald City Comic Con or ECCC, here in Seattle (the Emerald City), and while I'm not sure if I would've attended this event without an invitation, it was an enjoyable experience.  I only attended a portion of one day but I managed to stroll around the maze that is the Washington state convention center taking a couple photos and just hanging out.  A lot of pretty well-known TV / movie celebrities were in attendance like Patrick Stewart and Christopher Lloyd--however, taking pictures in the room where the celebrities were situated was strictly forbidden.  To clarify, you have to pay on average $30-40 up to $85 just to get either an autograph or your picture taken with a celeb--which in my opinion is insane, but I guess that's pretty much the main incentive for these individuals in taking the time to attend these events (time is money).

I guess these kinds of things are also what separate fans from regular enthusiasts.  However, I think the term fan has lost some of its meaning in English, being that there's been an introduction of the dichotomy of whether one is actually a fan or a true fan...  Fan stems from the Americanized shortening of the word fanatic [a person with an extreme and uncritical enthusiasm or zeal, as in religion or politics.], people usually associate a "religious fanatic" as having pretty negative connotations however, somehow being a religious fan or perhaps a fan of religion is somehow more acceptably tame.  English is becoming more complicated than it should be and evolving too quickly.  I guess I don't really like using the term fan when describing myself or perhaps I'm just over-thinking things again.  Regardless, it's interesting to see people exhibit such passion for their preferred entertainment choices at comic con.

There was a TV film crew present at ECCC, filming a pilot for something related to cosplay for the SyFy channel from what I understand.  I don't know too many details but it looked kind of like a cheesy reality TV style show format. 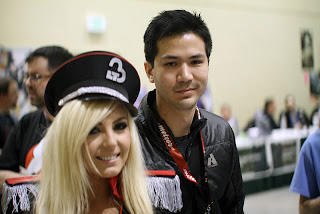 Other notable events included getting to meet the "cosplay famous" Jessica Nigri, also hailing from Arizona, who is also apparently making a solid living as a promotional model--not a bad gig. 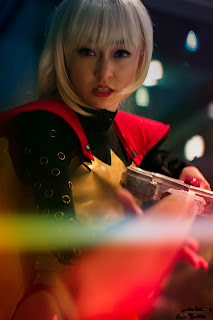 Finally, I managed to squeeze in a small "photo-shoot" with an up-and-coming local PNW cosplayer, Meepy-Gal.  Having lost pretty much all my filming equipment in my move back to the US from Germany, I made an attempt in trying out cosplay photography--it's something I'm really not used to doing as I feel I have a decent eye for motion but haven't really put much thought into suggesting aesthetically pleasing static poses.  Thankfully Meepy-Gal is a natural at posing so there's less needed from my end.  It's all done for fun though. 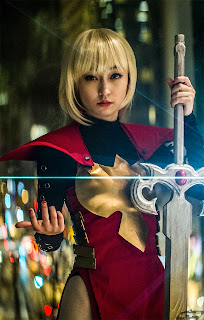