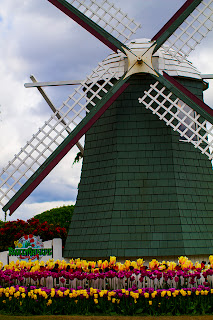 We're well into Spring, and Summer is even beginning to encroach Seattle.  The days are at long-last, long and mostly nice.  My family recently came up to visit from AZ and I met up with them for a couple days near Birch Bay.  Strangely enough much of the time was spent around various types of flowers, vegetation, and nature.  Tulip season was at its end but we visited the tulip farms anyway, specifically, the RoozenGaarde--which pays homage to the Netherlands (known for tulips among other things). 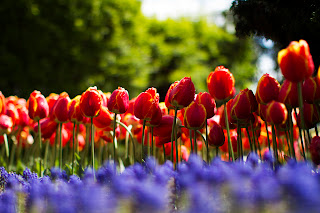 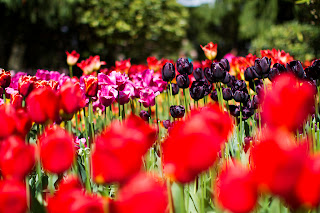 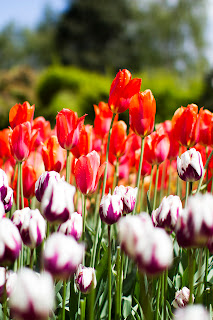 We also spent a day trip going to Canada, specifically Victoria, B.C. and saw some nice sights while driving around.  We stopped at a small lavender farm full of a wide range of random animals; bees, ducks, geese, peacocks, dogs, chickens, rabbits, and a pony.  A lot of these small farms appear to be fairly self-sufficient, producing all sorts of food-stocks and natural products. 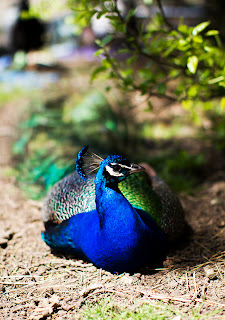 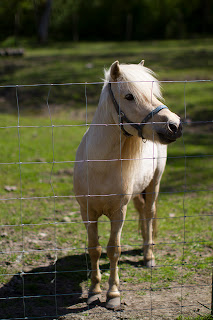 However, the primary purpose of the trip to Victoria was to visit the world renown Butchart Gardens.  I didn't really know what to expect from the gardens or really what they were exactly.  Were they some kind of national park or what?  I don't know.  Nevertheless, after visiting the gardens I discovered that the gardens were something of a life-long "project" created by the Butchart family following their success and prosperity within the cement industry in the early 1900s.  The whole story reminds me of the projects built by the great magnates and barons of the same era; such as the Vanderbilt's mansions, and William Randolph Hearst's amazing castle in California.  Butchart Gardens are essentially the remaining vestige of the family name, having become a national historic site in Canada and floral gallery to the general public. 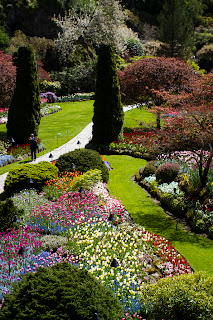 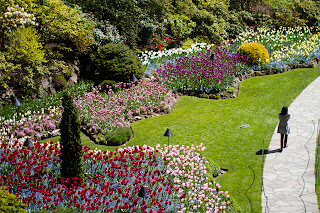 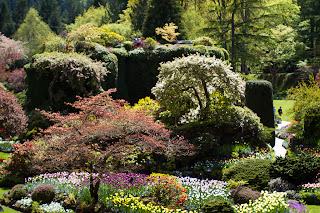 The gardens were pretty amazing and meticulously maintained--almost to the point of wastefulness.  The floral displays are constantly uprooted, rotated, and replaced as they begin to decay, such that fresh blossoms are eternally on display.  It's seemingly unnatural for such a perfect display to be in existence but the gardens are for show in a manner similar to the façade created by Disneyland in which a spotless and perfect impression is generated with the help of major hidden 'behind-the-scenes' undertaking.  The experience is worth it though, having never seen anything like the Butchart Gardens before--the grounds are something like a paradise.  It's just a shame that at the end of the day you have to return to your car and go home. 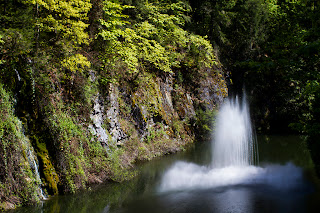 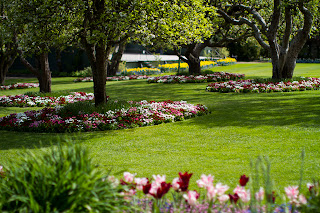 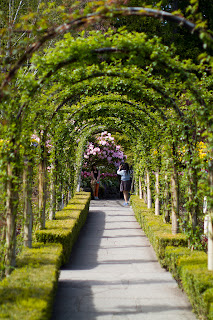 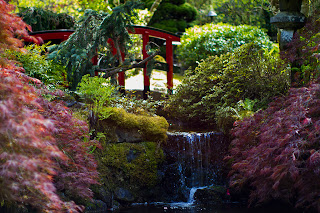 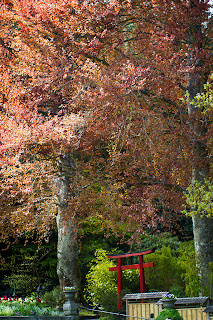 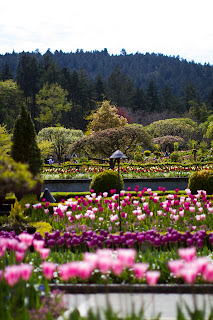 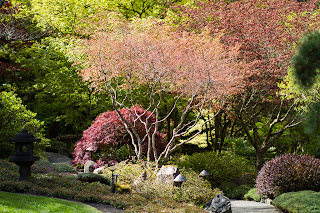 Butchart gardens has both a Spring and Summer display.  It would be nice to go back and visit another time to see the difference in the Summer display.
Posted by FastMatt at 11:40 PM