Spent most of the day hanging out with a friend at Evergreen speedway today for the main event of the Formula D Round 5 series in Monroe, Washington.  I was able to watch pretty much the entire Top 32 battle which went from 3pm to after 8:30pm with a 2 hour break thrown in there.  The event was PACKED this year, likely due to nice weather we had today.  Clear blue skies with a high in the 70s, it was pretty great weather-wise.

Then I picked up an acute case of nasty allergies from something in the air and was sneeze city for the entire day.

There's not really much else to say about the event.  I might be getting a little jaded toward competitive drifting as I get older.  Maybe my tastes are changing or I'm just sad that I'll never be competitive without spending an exorbitant amount of time and money for little gain.  Sure it's a fun sport, but is it thousands of dollars per week--fun?  I don't know.

Anyway, onto the pics:


A shot of the starting grid where the two battling drifters get ready to lay down the throttle. 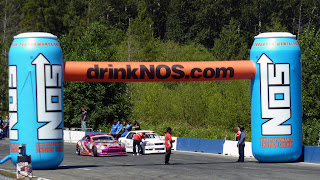 Some crew members, friends, or family scoping things out from high up. 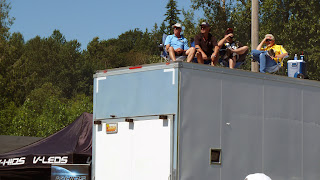 A vibrant Toyota Corolla in the Megan Racing stables. 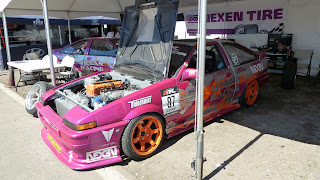 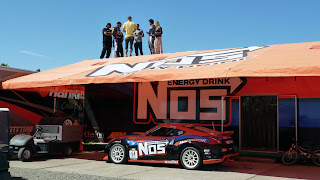 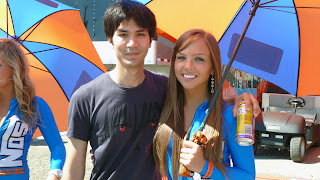 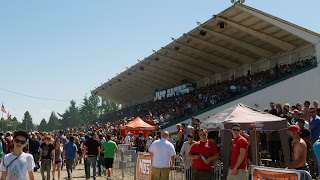 A wide-angle shot of the track with spectators wanting a personal view of the action. 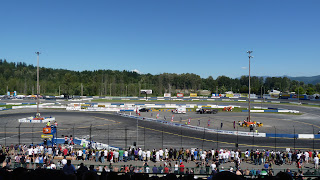 Matt Powers and Charles Ng battling on the main bank. 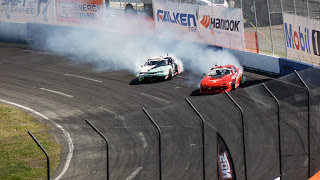 Drifting doesn't come cheap for anyone... some more than others. 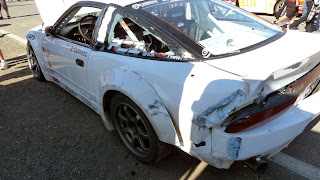 The top 16 drivers getting ready to line up for their main event driver introductions. 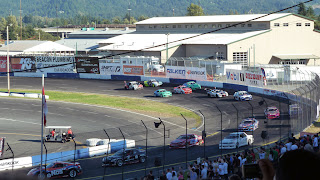 Fredric Aasbo in the Scion tC and Dean Kearney in the hot viper. 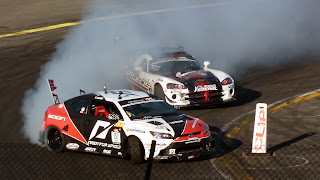