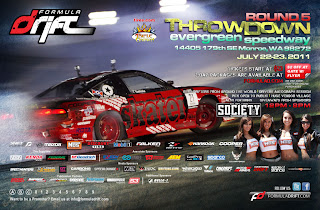 Not much has been going on since the end of AX about 2 weeks ago other than working in the lab and wanting to make more videos.  Next weekend, Round 5 of the Formula D series comes into town at Evergreen Speedway which is always a good time.  Not really sure if I want to make a video out of that event as filming is hard work and I kinda rather go to a drift event and feel laid back and relaxed rather than constantly scoping out potential video shots / talent. 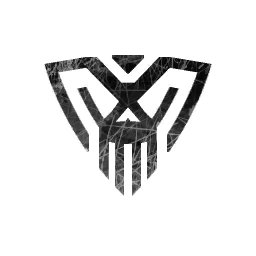 In other news, after filming lots of different cosplayers and immersing myself in cosplay culture, I've decided to try dabbling into the art a little myself.  The only problem is that I don't really mess around when it comes to these sorts of things so hopefully I won't be in over my head.  My bff on the other side of the country will be helping me in collaborating the construction and design.  He's pretty detail oriented like I am so I think it'll be a fun project.  We're planning to start very soon and details including what the cosplay is of (teaser logo above) and updates related to the build will be released shortly.  Also, because I mainly shoot video at events It raises the problem of how I'll be able to both continue to acquire footage and cosplay at the same time.  These issues will have to be addressed at a later time.  Stay tuned...
Posted by FastMatt at 11:35 PM