Today was fairly laidback, played badminton with some friends for a few hours in a building with no airflow or a/c. Hot and sweaty doesn't even begin to describe it, now I can understand the feelings of the characters in Japanese TV shows that I watched while in America when they constantly complained about how hot it is. Saw a cool dragonfly on my way to a vending machine. 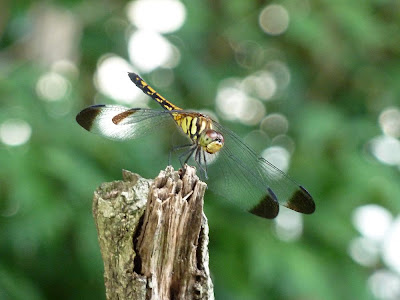 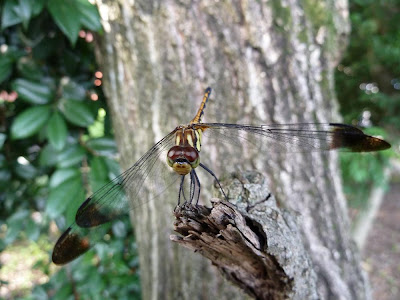 Afterward, we went driving off into I don't even know where, basically to an area with very minimal lighting in search of hotaru or fireflies. It didn't take very much driving to get there, but it was basically by some rice fields in the middle of nowhere, with the only artificial light coming from the occasional car passing through and a few buildings far away near the top of a local mountain. Driving through the lightly lit alleyways to get to our intended location was pretty fun and had a cool atmosphere. 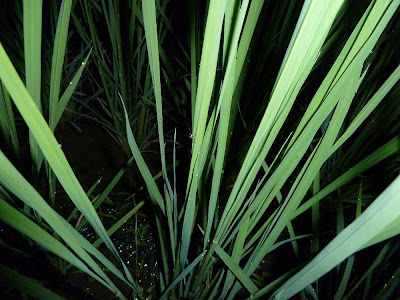 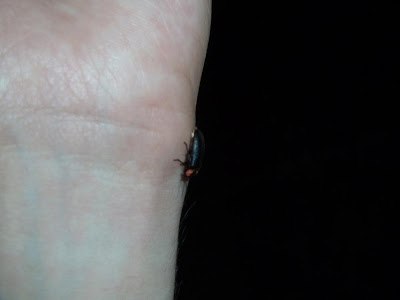 Once we arrived, it took a little bit of searching but sure enough there were a few fireflies flying around. I think firefly season is nearing its end but it was cool to find a couple still around--it's too bad they don't exist in urban areas anymore due to capture by humans. Japan at night is pretty noisy, lots of bug sounds, frogs, and various other nocturnal animals having a chat.

After our search we went to eat at a place called Gyouza which specializes in what else but gyoza or "pot stickers" as Americans call them. They had the gyoza stuffed chicken legs which someone ordered which I could finally get a picture of--pretty wild. 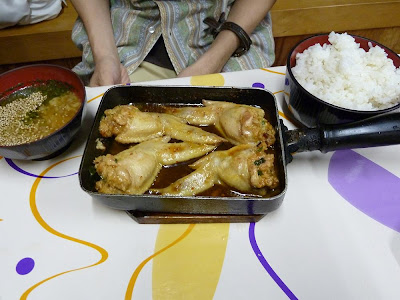 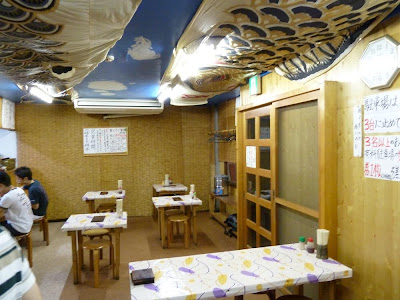 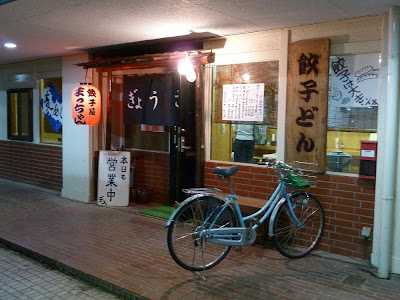 Aterward, we all went our seperate ways with me riding my bike off into the night.
Posted by FastMatt at 7:06 AM