Tokyo is for rich people

Today I went to Shibuya again in search of my men's designer clothing company. I forgot to check Seibu after checking the 109, OIOI, etc shopping centers so this time I searched all over Seibu. However, it was nowhere to be found. I was able to explore the Seibu Loft though, which is a cool place to find all sorts of traditional Japanese items and great souvenirs, etc. I'll have to come back sometime before I leave Japan to stock up.

At the top of Seibu on the roof there's surprisingly a pet shop--it was insanely hot inside. I'm surprised all the animals were able to bear the heat. Some of the birds had their mouths open trying to cool off. Some cool pets were baby pufferfish and some other strange exotic animals. Nothing especially exotic was to be found though (owls, slow loris, for example).

Also, as I was exploring the 10000 floors of Seibu I came to the conclusion that Tokyo is for rich people, and is a shopper's paradise. There were soooo many designer labels and obscure high-class brands I was amazed. So much expensive stuff, there was even a Porsche lifestyles area with ridiculously priced items like $800 USD Porsche branded pens, and $6000 USD watches, luggage, bags, sunglasses, etc. I don't know what kind of people are able to afford this kind of stuff but it's cool to check out at least. 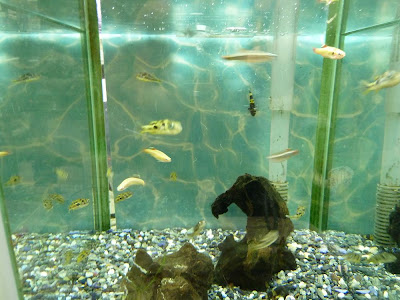 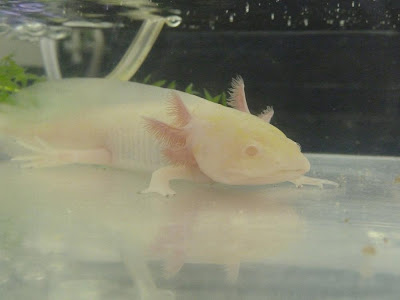 After failing to find my shop in Shibuya I ventured to Ginza which I was sure to find as it's a mega expensive Japanese designer clothing label. It didn't take very long as I found 2 of them in 2 neighboring department stores. However, they wouldn't let me take pictures due to some policy of the department store itself. Maybe I shouldn't ask next time and play the dumb foreigner. Anyhow, I asked where I could find the flagship store and was suggested to visit Odakyu in Shinjuku. I guess that's where my next destination / adventure will be sometime in the future. 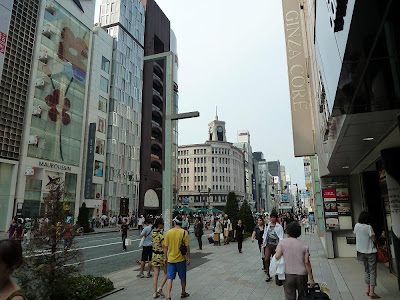 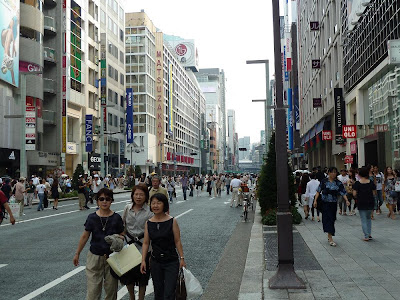 There were a lot of groups / people filming on the streets of Ginza, perhaps doing some kind of interview for TV. It was also interesting that the roads were closed off to cars and there were tables and chairs placed in the middle of the streets for people to hang out. Not a very captivating idea in this heat though. 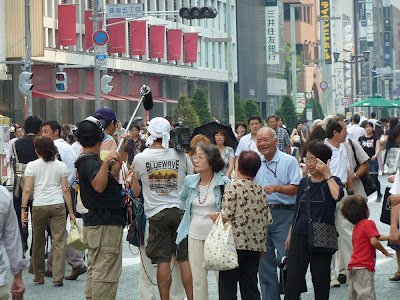