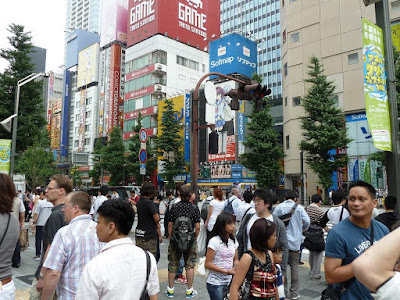 Today I went to Tokyo with the guidance of a local friend which was really useful as I didn't really know where to start or what to check out let alone how to get to places, buy tickets, etc. First place we checked out was the well-known Akihabara area. This seemed like a good start and it was pretty amazing. Akihabara is known to be a mecca for electronics / games / etc and it didn't disappoint. Everywhere you look, every little alley way you walk through, there is countless supply of what I can only describe as STUFF. Apparently wherever I was walking through you can find any particular electronic component be it a switch or resistor or whatever and it can only be seen to believe. Akihabara is also famous for it's large quantity of maid cafes which there are maids (girls dressed up in costume) walking around everywhere trying to get people into their cafe so they can make bank. They charge by time, and for anything you want them to do including taking your picture with them, playing a game, serving food, etc. It's pretty interesting but I didn't go into one this time. 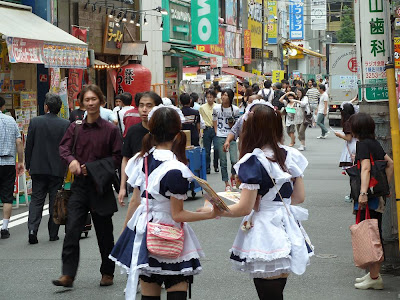 There's tons of anime related stuff EVERYWHERE, figures, you name it--no surprises there. I saw the famous rotating car parking storage things which are everywhere and aren't really worth mentioning. There are tons of video game / arcade shops everywhere and UFO catchers are SUPER popular, think floor after floor after floor full of this stuff. You can win some pretty big items with them and I saw a whole range of people playing them including old guys in dress clothes. I played a few times and won 3 cheezy cell phone strap things with 1 play, some of the UFO catcher games are really easy and you can just harvest little stuffed animal things all day long which I also witnessed. 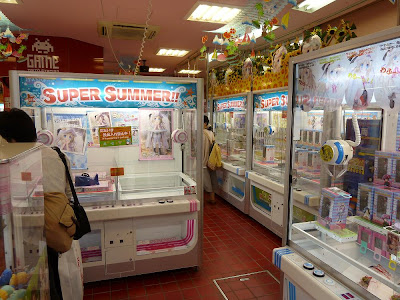 We also went and did purikura which are basically little sticker photos that print out after posing in a photobooth, with a twist. The twist being that there's tons of these things everywhere and each has different features. Apparently the one I went into is supposed to make you (assuming you're a girl) look cute by making your eyes huge and airbrushing and giving everything a glow. The technology these things have is amazing. The pictures it took of me are very scary and kinda gross yet hilarious at the same time. 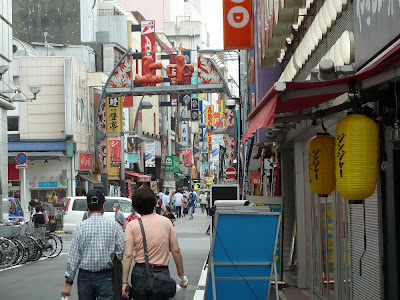 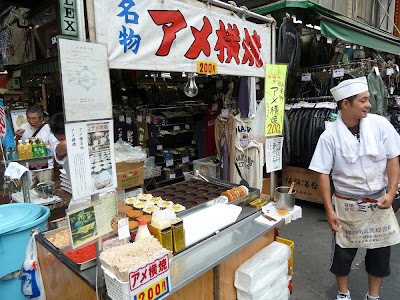 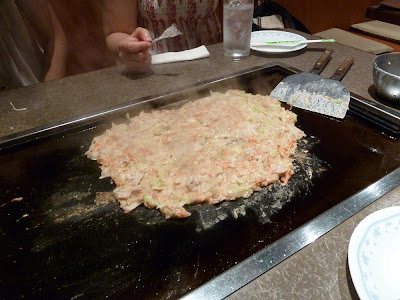 Saw some more sweet scooters and ate mini okonomiyaki for a snack and had monja for lunch while walking to Ueno. The okonomiyaki was from a street vendor and was pretty good whereas the monja was from a restaurant and looks nasty but tastes kinda ok, depending on what you put into it. It's basically this gooey mess of stuff that can't really be described. 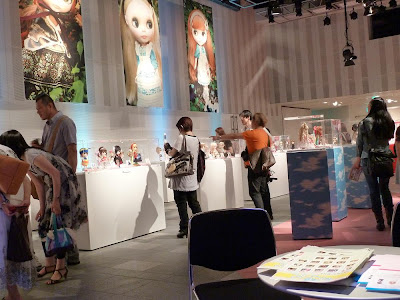 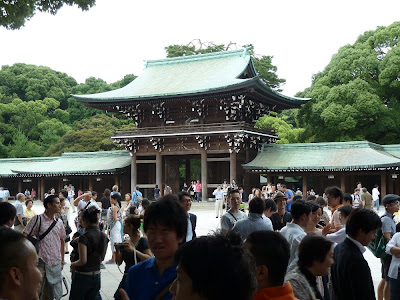 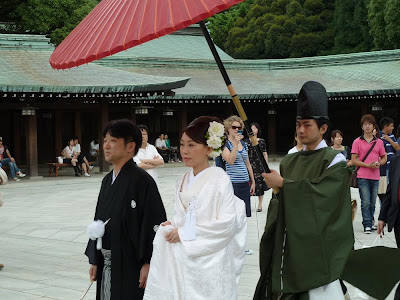 From Ueno we took a train on the Yamanote line to Harajuku which is a pretty big fashion district for young people. I noticed that the area seemed to be something like 90% girls. We checked out the Meiji jingu shrine and saw a traditional wedding there. After that, we went around Harajuku walking by all sorts of strange shops and looking for crazy looking people. Checked out this fancy indoor mall in I believe it was Omotesando. Then took a train to Shinjuku to get a view of Tokyo from a government building. The train at this point was PACKED more than sardines I could barely believe it. It was at this point that I began to realize and notice the pace of Tokyo. People are everywhere, its 100000x crazier than anything that can be experienced in America including NYC, and the city is massive. I can't even begin to describe how gigantic Tokyo is. You could probably spend years wandering around checking out all the strange "hole-in-the-wall" like places that are everywhere. 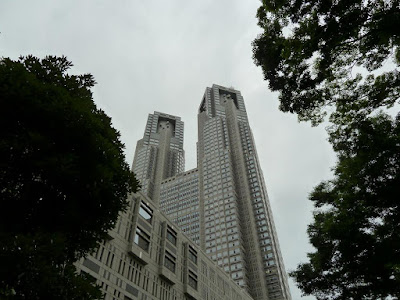 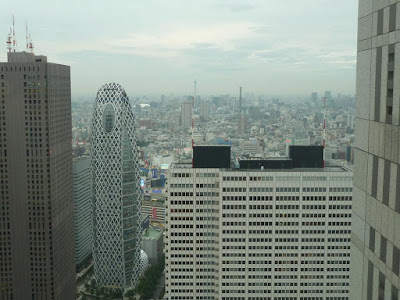 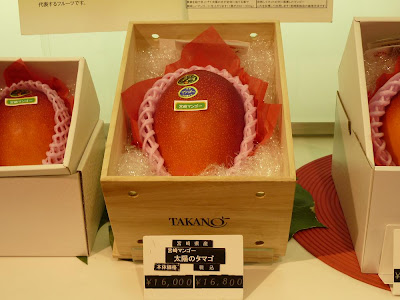 At this point it started to get dark and I noticed a shop selling fruits wrapped up in fancy packaging which I had heard about before. The rumors were true, a small box of cherries selling for $180, a single mango selling for $190, a square watermelon for $240, and a single melon for $360. Apparently these fruits get even more expensive in some places. That better be the best fruit in the world. 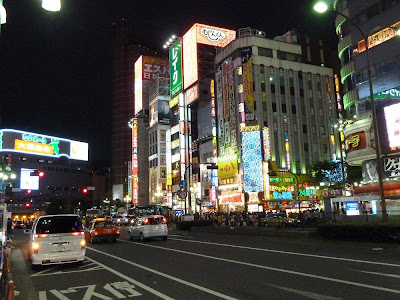 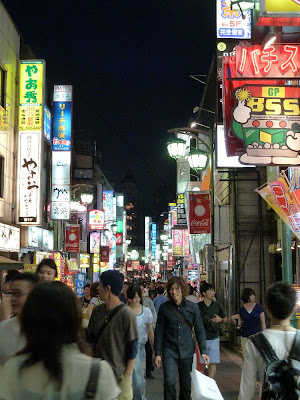 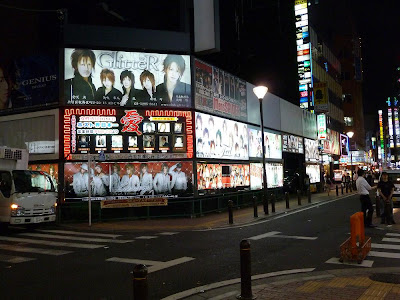 Tokyo at night is pretty amazing too and the whole feel of the city changes like something out of bladerunner. We briskly walked through Kabukicho which is apparently the red light district of Tokyo and the area is pretty shady. I hear most of the "establishments" in Kabukicho are run by yakuza so we tread lightly and I took some pictures. Following that we went to an izakaya which is something like a restaurant but meant for drinking. The whole experience was pretty cool in that is was one of those hole-in-the-wall type of places where we walked down an alleyway and took an elevator up to the 6th floor of a building--the elevator door exits directly to the entrance of the restaurant and the whole feel of the place is very traditional with wood "scaffolding," rocks on ground, and "sitting on the floor." The food was pretty good too.
Posted by FastMatt at 7:32 AM