Today a friend took me to a pet shop inside of a large shopping mall-type area after mentioning my search for various beetles / exotic pets in Japan. I didn't have my camera with me unfortunately because there certainly was amazingness to be found inside. Pets and animals that are most certainly impossible to obtain in America.

There were rodents of various types including a few different types of squirrels / prairie dogs / some interesting breeds of rabbits / sugar gliders / hedgehogs. There weren't any exceptionally unusual reptiles that I haven't already seen at reptile expos in America before.

Then there was the beetle area, a BEETLE AREA!! There were TONS of beetles in little cups of dirt with some jelly-like food. There were so many different kinds of amazingly crazy looking beetles I was blown away. The cheapest beetles were the smallest and were like baby stag beetles at around $10-20 each. Then there were other kinds of beetles I've never seen before in my life, in either picture or on the internet including these ~3" long iridescent rainbow colored beetles with huge iridescent pincher jaws, the biggest kinds of these cost around $100 each. Then there was a collection of beetles in a locked glass area--clearly the prized jackpot beetles, and they sure were. In one of the cups was a monster Hercules beetle around 6-7 inches long. The beetles in this area cost around $150 to over $300 each. Unbelievable!! 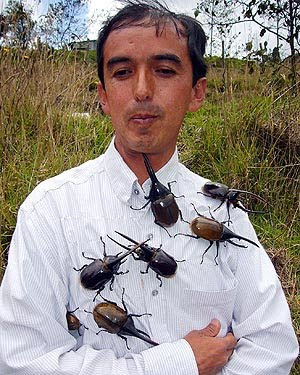 The rest of the animals were fairly normal with the exception of one. I was about to leave the area and turned around to scan the room in case I missed anything and something caught my eye in an island-cage toward the middle of the room. It was a sleek looking bird that looked amazing, I had to get a closer look. Lo and behold it was a pygmy falcon!!! for only $1500! Now that is a truly amazing pet worth owning--behind an owl. 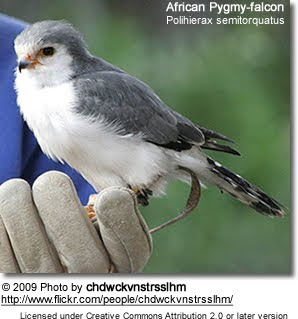 There weren't any miniature owls like I was hoping although I'm told that they have been sold at this shop before for around $4000!!

I need to move to Japan.
Posted by FastMatt at 3:42 AM