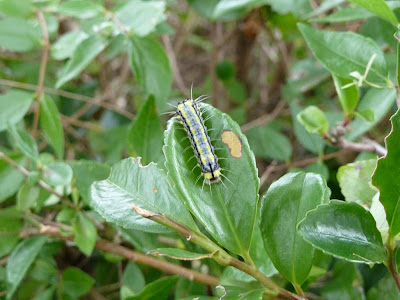 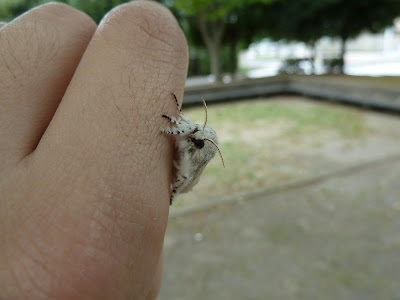 Haven't done anything worth writing about recently. However, today I went to work to find that all the buildings were locked with everyone gone due to today and yesterday being the Japanese holiday Obon. So I went back home following that, but since it was midday I went down the road from my place where there's a small children's park and looked for bugs.

There was quite a bit to be found, most of which I have never seen before so I wasn't sure how to approach some of the bugs. Even the ones that seemed harmless (and pretty much were) seemed to spray me with strange and disgusting bug juices. I saw a few Japanese giant hornets for the first time, and they are BIG. At least 2-3 times bigger than the biggest wasps in America. 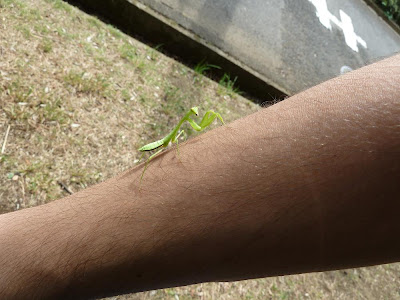 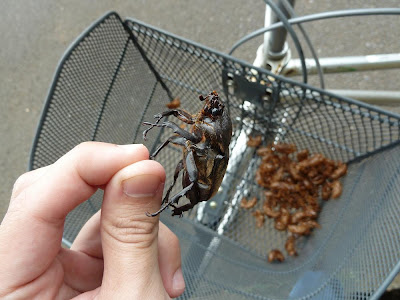 I found a dead female Japanese rhinocerous beetle (Kabuto mushi) which brings me a little closer to my goal of finding / catching a live male Kabuto mushi. I have evidence that they exist around here at least.

You can see in the background what I've been collecting, the molted shells of Japanese cicadas (semi). It's not my first time encountering cicadas. In Arizona there are lots during the summer, however, they're nothing like the ones here in Japan. The Japanese cicadas are MASSIVE, and LOUD, they're pretty much the Japanese equivalent to vuvuzelas.

There's a popular girl in Japan named Shokotan that really likes the moltings as well and has a few pictures of her "wearing" them. 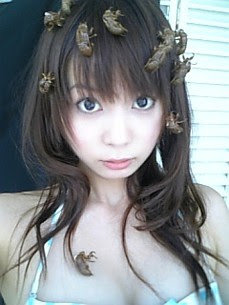 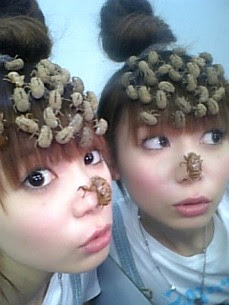 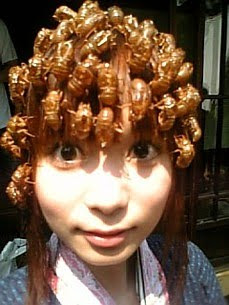 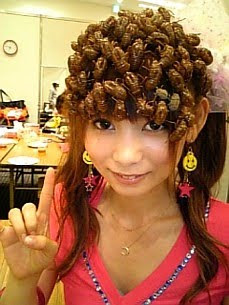 At the park, the ground was full of holes which I'm guessing are the holes from which the cicadas emerged prior to becoming adults. Pretty much the entirety of the cicada's life cycle is spent underground as a larva until just prior to becoming an adult, the larva will crawl out of the ground and will climb as high as at can reach or whatever it feels is sufficient. Then its exterior will harden during the molting process, the new adult with break out from the backside of its molted shell and rest for a bit (dry off / harden its skin) before flying off in search of a mate. 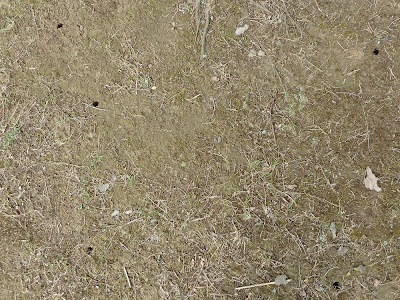 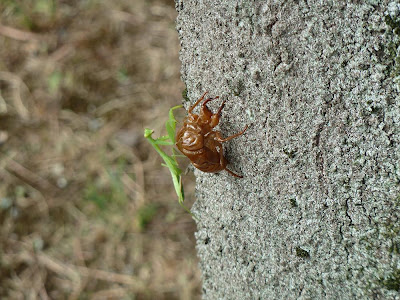 Searching for a mate involves the loud noises that the cicada makes which unlike the droning sounds of cicadas in Arizona can be pretty strange. I think I've heard at least 3-4 unique sounds from the Japanese cicadas. The sounds are hard to explain other than loud and buzzy as some of them have patterns like bird calls. 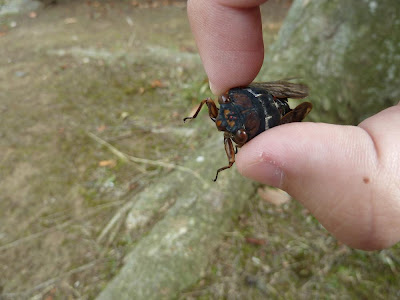 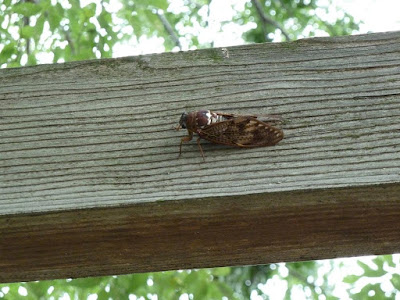 After harvesting molted shells I took them back to my room to display. Here they are! 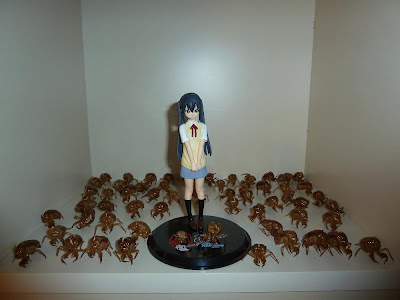