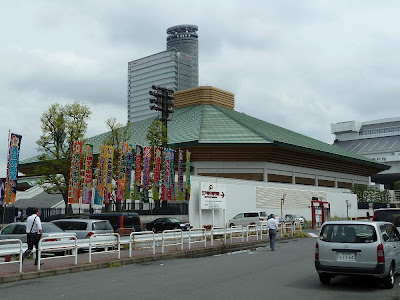 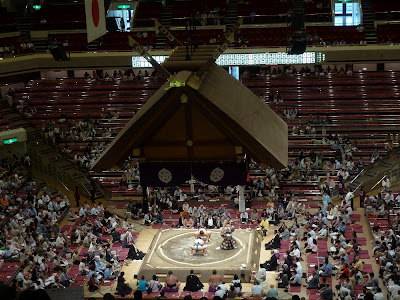 Another busy day in Tokyo, today we went to Ryogoku which is basically sumo city, of course to watch some sumo. The 15-day seasonal sumo championship started a few days ago so we were fortunately able to experience the sport firsthand. Once we arrive in Ryogoku there were tons of sumo everywhere dressed in traditional Japanese attire--it's hard to believe that sumo are still normal people that play games on their cell phone, have fun, etc. like you and me. 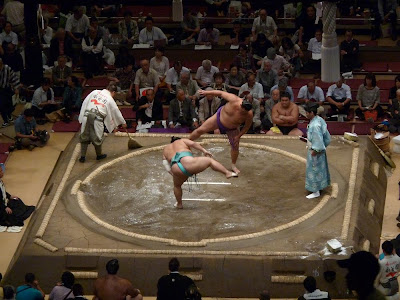 The sport of sumo is full of rituals which we didn't quite fully understand. I understood the basics such as all the elaborate purification rituals the sumo perform when they spit out water and throw salt into the ring, along with the feet clapping moves, etc. The matches were fairly entertaining and the experience was pretty cool. There were a few times when some sumo were thrown into the audience which sit just outside of the main ring--creaming a few old people. Tickets to watch sumo are pretty expensive if you don't buy the cheapy general admission tickets that we got which were 2100 yen. Tickets close to the ring run at over $200 each. The Japanese are very enthusiast about the sport and cheer quite a lot--there was even something like a cheerleading squad of old people in one section of the audience, big time sumo fans I guess. The sumo come from various cities throughout Japan so it's common for Japanese people to root for certain wrestlers as their representatives. 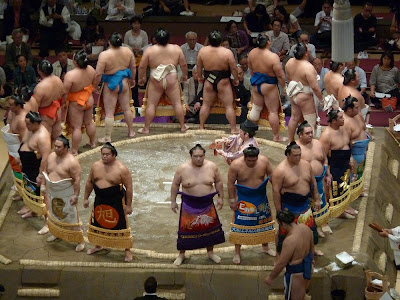 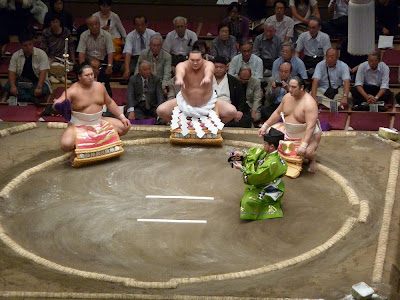 In Akihabara we went and explored more shops and arcades and finally hit the jackpot after finding a floor filled with the latest Gundam simulator. We each got pilot cards and played a few games. The simulator screen in panoramic and is equipped with a headset so that you can communicate with your teammates during the 6v6 online matches. It was pretty fun, but requires a huge investment to work your way up to a decent Gundam mech. However, on the next floor we played another mech combat game called Border Break which is pure amazingness. It's hard to express how fun this game is and how sad it is that the game will probably never come to America. The game format runs as a 10v10 with headset capabilities and has a pilot card as well with amazing mech class unlocks and mech customizability. The matches play somewhat similar to a point capture format with the objective being to destroy some kind of reactor core thing in the enemy's base. What makes the game so amazingly fun is the controls which consist of a fixed joystick on the left and a mouse on the right as well as a touchscreen display which is seemlessly integrated. The game is very smooth and fast paced, I'm going to miss it. 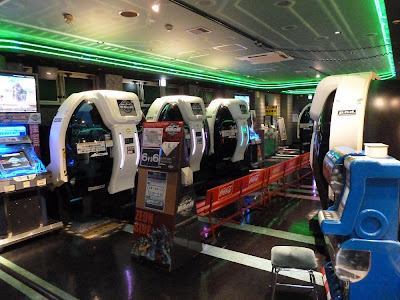 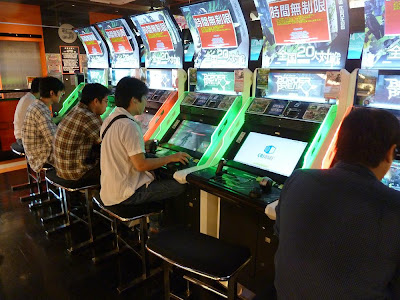 We also went to a maid cafe in Akihabara called The Granvania. The experience was as expected, it's just a regular cafe aside from the fact that all the waitresses are dressed up to a certain theme. It was an interesting experience though, shame that pictures weren't allowed. 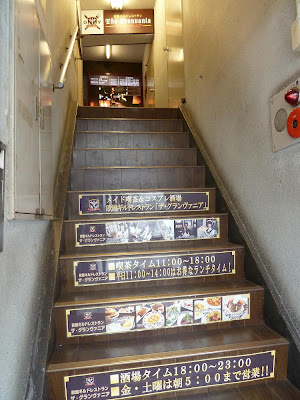 More to come most likely.
Posted by FastMatt at 8:34 AM