Today it was pouring rain pretty much all day, so I decided that we should go to Odaiba, which is a large completely man-made island which is still part of Tokyo. Odaiba is connected to the rest of Tokyo via the very famous and picturesque Rainbow bridge which is often photographed at night--which is what I did as well. Anyway, there are a few different potential activities to do at Odaiba such as visit the Fuji TV building, walk around, etc. However, the reason we went was to check out one of Sega's last remaining "parks" known as Joypolis. 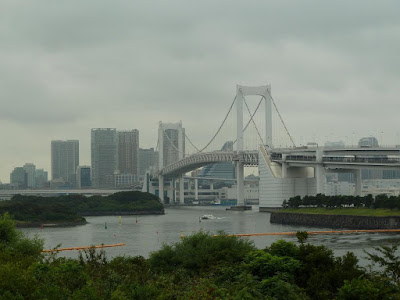 We both bought all-day passport passes and went on most of the attractions. Joypolis consists of 3 stories of interactive / virtual madness. One thing that I noticed though was that pretty much all the other people that were there were couples and most of the attractions were for couples as well. The first and last "rides" we did were pretty cool--playing the Initial D arcade game within an actual car with fully functional controls, the entire car (and screen) even rotates and banks during turns which makes the experience feel pretty realistic. 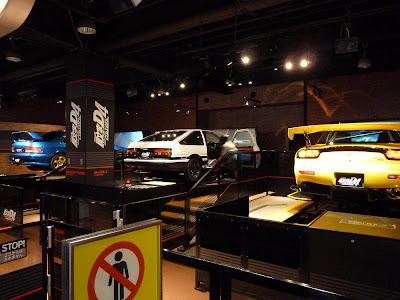 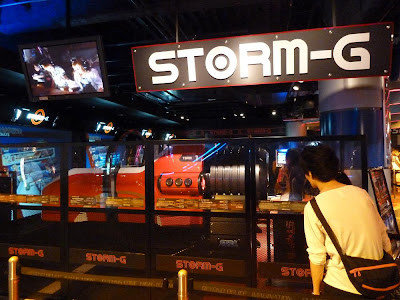 Another attraction we did which was worth noting was called Storm-G, which was an 8 person, 4-"ship" racing game. Two people ride in a single "ship," have 2 joystick controls for each hand and both drivers need to match their control inputs with each other in order to navigate the course. There's another component to the game in that when both players simultaneously press the buttons at the top of the joysticks, the ship will do a rapid 360 degree barrel roll which is used to avoid obstacles and seemingly increase mayhem. I thought the ride would be ok and it was, but I don't think I'm fit to ride in an actual jet fighter as all the spinning from just the game made me feel like poo. 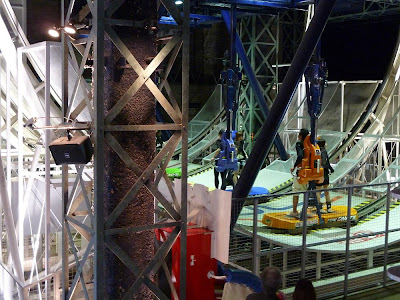 There was an interesting half-pipe simulator as well but I opted not to ride on anymore forceful spinning rides after the poo feelings from Storm-G. We played a few crazy virtual games and rode in a few adventure simulators which were surprisingly good (similar to the Back to the Future ride at Universal Studios)--there were several times where the jeep / boat we were riding in actually felt like it was freefalling. 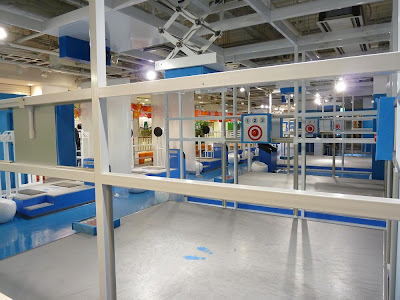 After Joypolis, we explored the shopping mall that it was in and found a floor of cool shops selling very retro Japanese stuff, food, toys, junk, etc. There was a Muscle Park in the mall as well, complete with a cheezy mini Sasuke mock-up course. Following the adventures we headed back home--more later. 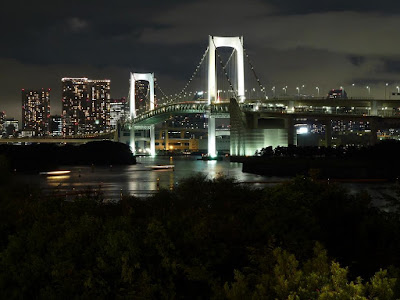